I have two BG96 modules.

I want to update firmware of No1 but I cannot find the firmware newer than 01.017.
Could some one share the link if you know?

R02(No1 in this caes) is not able to use in Japanese network?

R02 : this release based on the Qualcomm TX2.0 release. Not support CatM VoLTE or Handover.

R03 : this release based on the Qualcomm TX3.0 release. Could support CatM VoLTE and Handover. Use the HW version with TX2.0, could do upgrades from R02 to R03.

R04 : this release based on the Qualcomm TX3.0 release. Could support CatM VoLTE and Handover. And also support B25. So this release RF configuration is different from R02 release version.

for japanese market , R02 is not recommended , because certification issue.

@Stephen.Li-Q
Thank you for answering.

Does this mean that some R03 module is written R02 firmware?
Is there any way to distinguish R02 and R03?
If the module written firmware version R02 is R03 hardware, I want to update firmware to use in Japan.
If the hardware is R03, can it connect to LTE network even with R02 firmware? 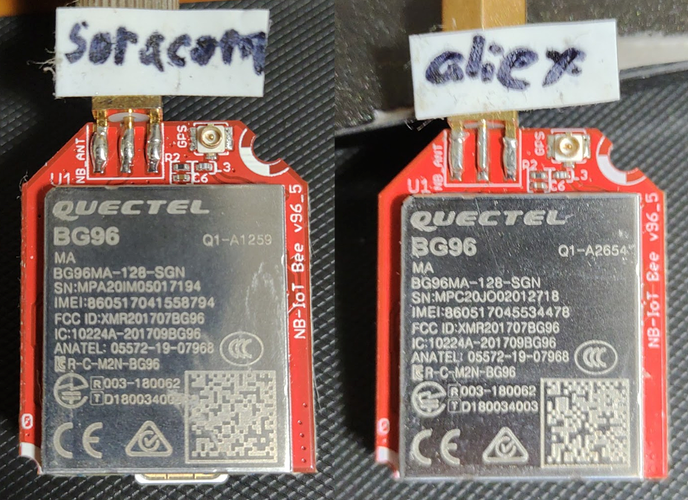