BG95-M3 - Device does not turn on for the second time

I have a problem with turning on some devices for the second time in a row. When I turn on the module by pulling PWRKEY PIN low for 0.8s for the first time, it turns on properly. However, after switching it off, sometimes it does not react to the PWRKEY signal. It happens whether I wait with the second pulse for 5s or 30s. The modules are powered with stable ~4.2V. I tried turning the device off with AT-command and PWRKEY pulse but there is no difference.

Is there any solution to this problem?

I found the similiar question so not only I encountered that problem, but there is no solution given. 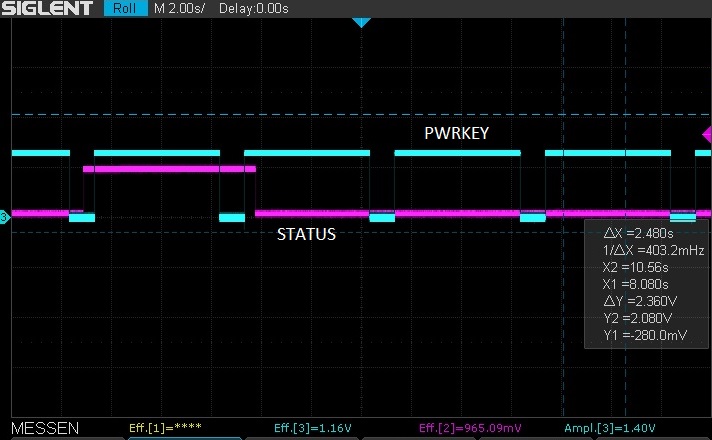 Strange… Are you measuring ‘PWRKEY’ directly at the UE pin? Hardware-wise, all i can think of is that maybe the capacitor has a bit of charge lingering around in it, making the pulse too weak. 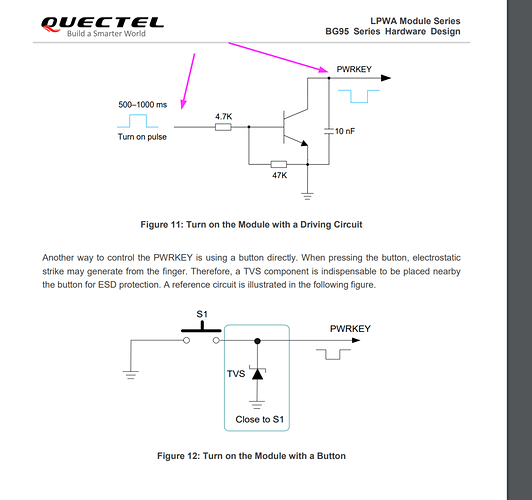 Thank you for the hint! I am measuring the PWRKEY directly on the other side of the PCB as it is SMD module. Unfortunately the capacitor being or not being there doesn’t change anything. I also thought that maybe some internal capacitor is keeping its charge disturbing the circuit, but in my opinion the randomness of this behavior contradicts it.

You are right, it is a strange problem and only affects around 1% of the devices. Some of the modules are powering up but turn off after half a second. I measured temperature sensitivity and to my surprise when warmed up to 60-70 centigrades they start to power up flawlessly. 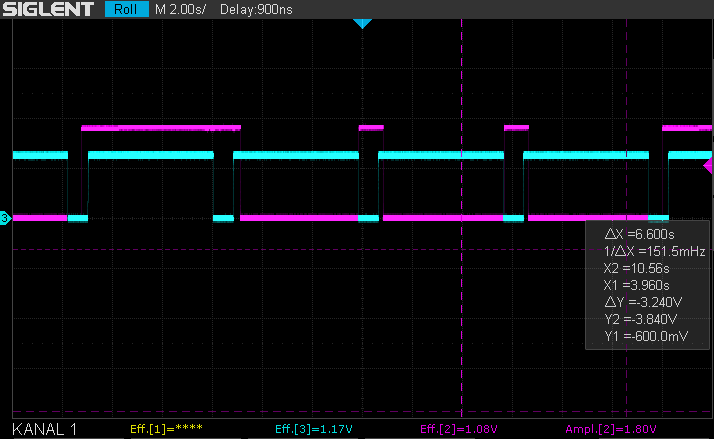