This article mainly introduces EC600U ADC hardware resources (similar to other modules) and QuecPython ADC API，and uses the ADC to detect the resistance of the current photosensitive resistor.

Other development boards refer to the corresponding schematic documents, which can be downloaded from the download center.

Note: the specific correspondence of each module is described in detail in the API introduction,combine the pin numbers in the schematic or hardware design manual

The ADC0 is connected to a photoresistor as shown below: 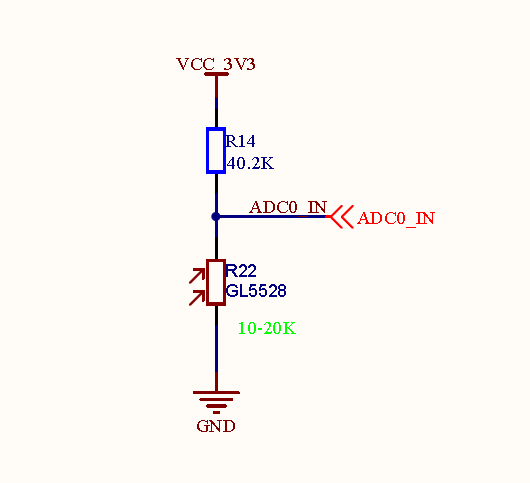 Design an experiment to print the resistance of the current photoresist in real time according to the current light intensity. The following figure is the schematic diagram of photoresist. 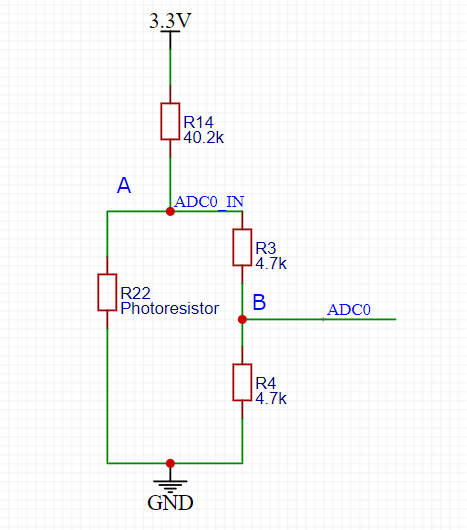 ADC0 is the voltage point we can test with ADC peripherals.

Finally, the R22 resistance can be calculated according to the following formula.

Finally, we can see in the serial port that the resistance output changes as follows. 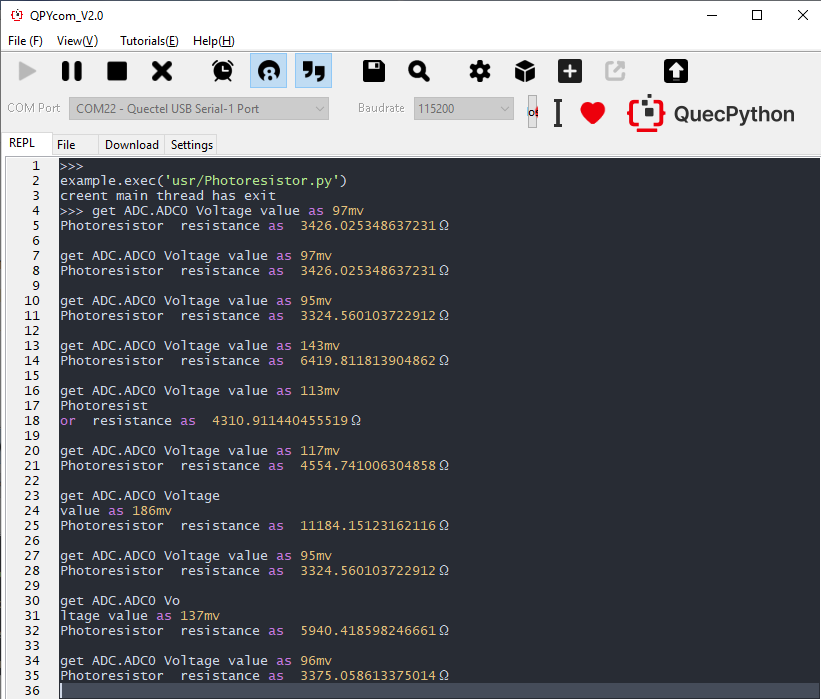 Photosensitive resistor is a special resistor made of semiconductor materials such as vulcanized partition or selenided partition. The surface is also coated with moisture-proof resin, which has photoconductive effect.

Photoresistors are very sensitive to light. The stronger the light, the lower the resistance. With the increase of light intensity, the resistance value decreases rapidly and can be reduced to less than 1K Ω. The following features are included.