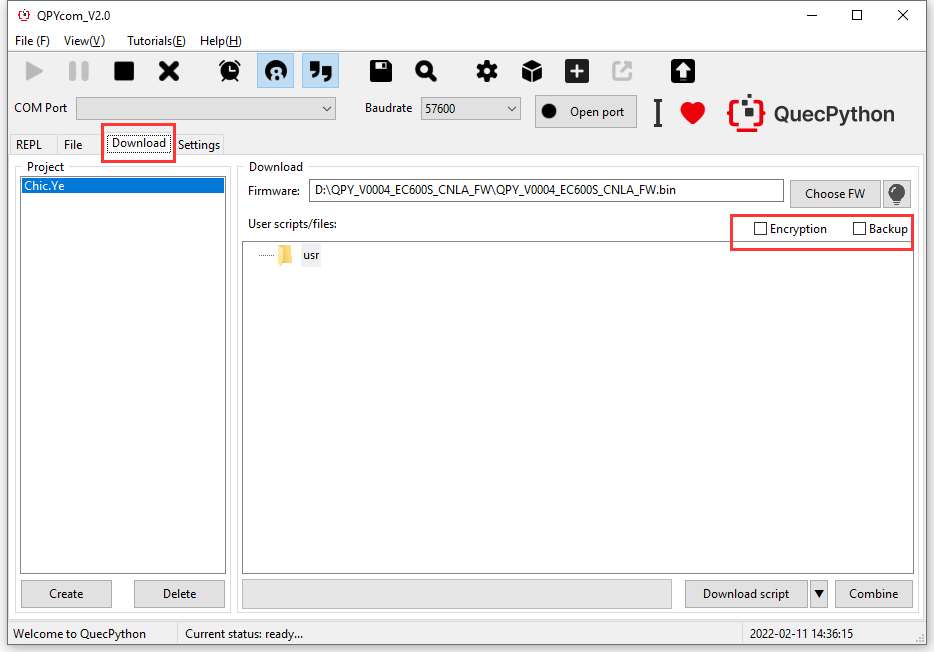 After merging source codes, the production will be accomplished by flashing Firmware for one time as during the process of merging, the file of usr partition has been embedded into the Firmware.

In all merged .py files, the main.py is used as program entrance, which will not be encrypted by tool automatically. Therefore, when writing in codes, it is safer to call the interface of other file in main.py.

Add main.py and user_file.py files as above into usr partition. In terms of firmware, it is suggested to use the latest version that published on the official website. Or you can find the firmware corresponding to module version in Download Area.

The merged firmware shall be saved in the path that assigned by user. Take the firmware package of <QUEC_TEST_1.0.0.zip> as an example, the name of which is composed by two variates in main.py file: PROJECT_NAME and PROJECT_VERSION.

The merging will be done within few seconds. 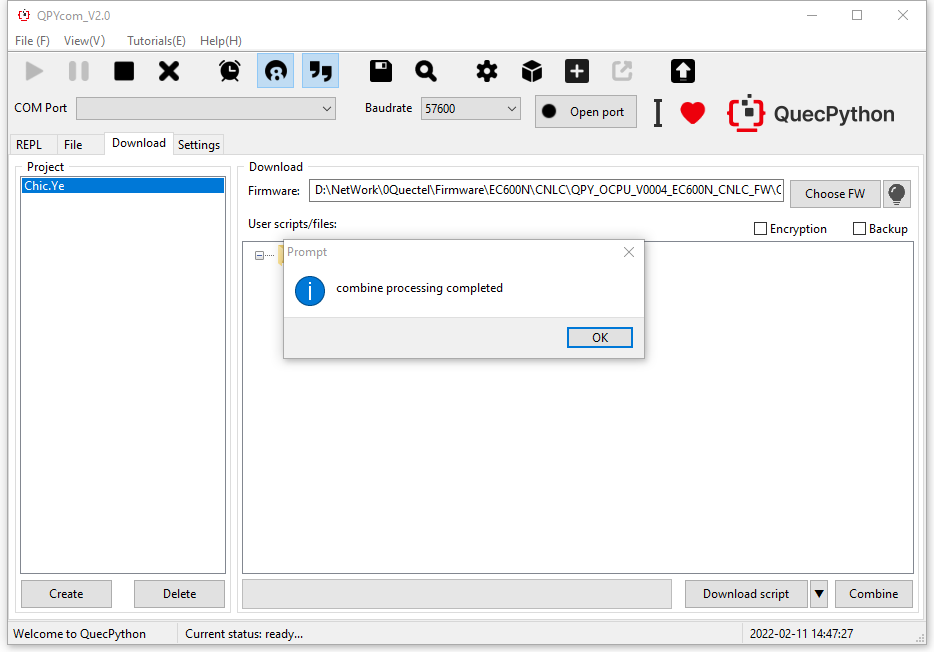 After merging, the file name is composed by PROJECT_NAME and PROJECT_VERSION two variates in main.py file.

Flash the merged firmware. the main.py will run automatically when starting up. 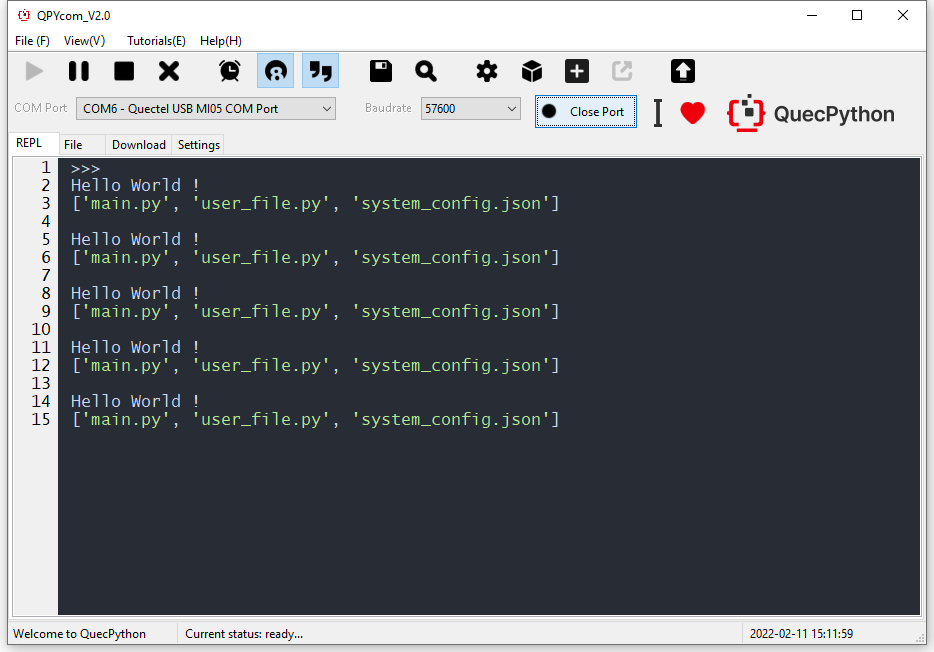 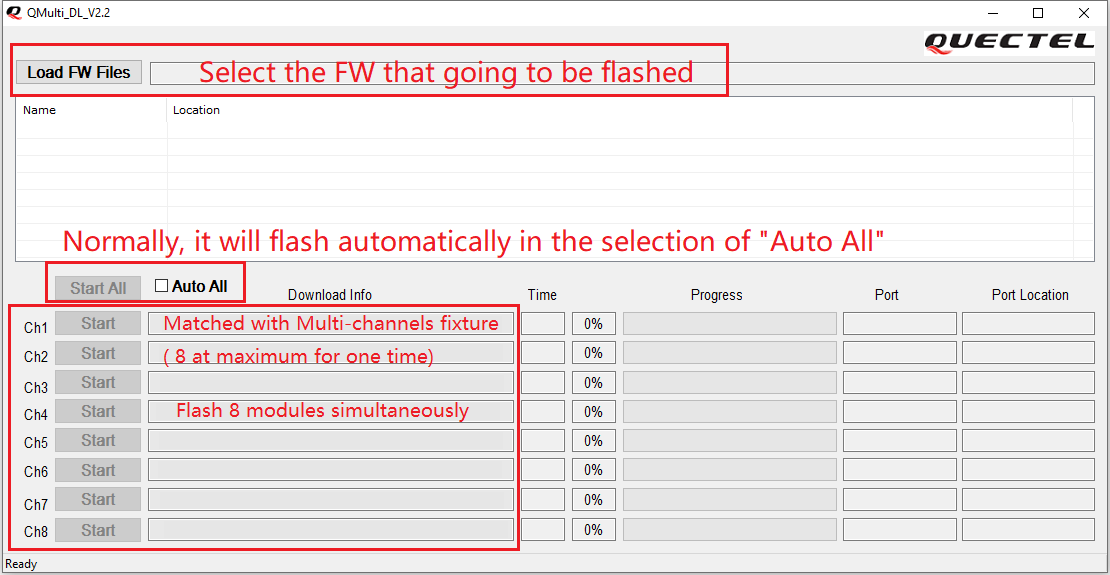 As long as there is one communication module is connected to power supply in fixture, it will be flashed automatically.

Once the flash is a failure or unexpected stop occurs, just power on the module again, the flash will carry on.

Appendix A : Referential Document and Abbreviation