This document is specialized for the conversion between string and Hexadecimal. Please check the details.

Bitwise OR |: As long as the one of the corresponding two binary is 1, the result will be 1.

Bitwise XOR operators ^: The result in each position is 1 if only one of the bits is 1, but will be 0 if both are 0 or both are 1. In this we perform the comparison of two bits, being 1 if the two bits are different, and 0 if they are the same. For example:

Bitwise NOT operators ~: Take the opposite value of every binary data, which means converting 1 to 0 and 0 to 1. it is similar with ~x to -x-1.

Right-shift operators >>: Move all binaries to the right for several bits, while the figure on the right assigned the shift bits.

The package of conversion of string and HEX

As for the mutual conversion between string and HEX, we provide one package since there is none in Python.

Application of conversion between string and HEX.

Of course, the converted HEX still can’t receive and analyze via serial interface, therefore, further conversion is needed. Take EC600SCNLB as an example, we will carry out a simple test based on it.

​ 1. Compile following codes and name it as str_hex_test.py.

​ 2. Download above files into the module and run, then enable serial port debugging tool. (Here, it is the UartAssist that is used) 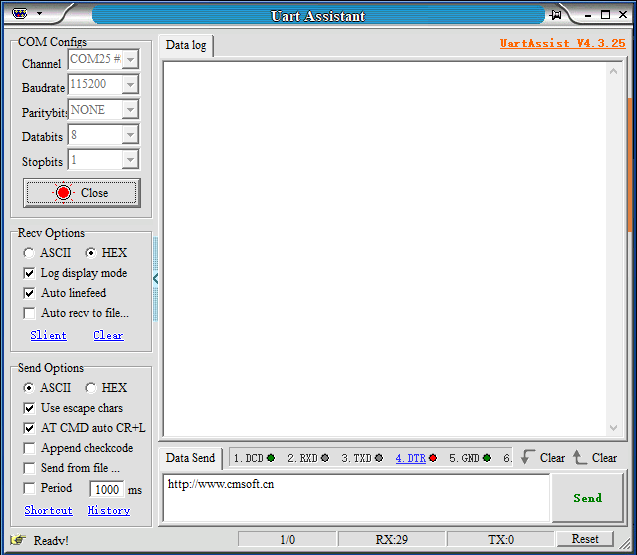 If received via ASCII, there will be displayed with a form of string.

​ 4. For module serial port reception: Whether the serial port tool sends ASCII or HEX data, it is the bytes data that read by serial port.

For encoding and decoding, ASCII, UTF-8 and GBK are widely used, as for python, it is embedded with corresponding package. Hence, you can just take the encode and decode as a reference.

Conversion between binary and ASCII, Package and unzip.

For Conversion between binary and ASCII and ustruct -Package and unzip the original data type, which has been encapsulated on the FW of the module.