MD5, SHA1 and SHA256, one-way hash function, are commonly used. Currently, it is SHA256 algorithm that is used frequently.

Capability supported by QuecPython module: Fulfill the hash algorithm of binary data such as MD5, SHA 1 and SHA256.

Take the 60M file as the test sample and calculate the average time after 1000 times test, please check the outcomes:

From the perspective of security, it is suggested to use SHA256 Also named SHA2) for its highest security level.

Actually, the transient transmission has been widely used in Cloud storage by certain companies for the characteristics of one-way hash function.

Generally，the one-way hash way is as similar as the file footprint. When the user uploads file, it will count the one-way hash value and check it over on the database. If there exists the same value, which proves that there is the same file as that uploaded by user, as a result, you just share it without uploading it again. By this way, it can reduce the bearer of the server heavily as well as the storage. 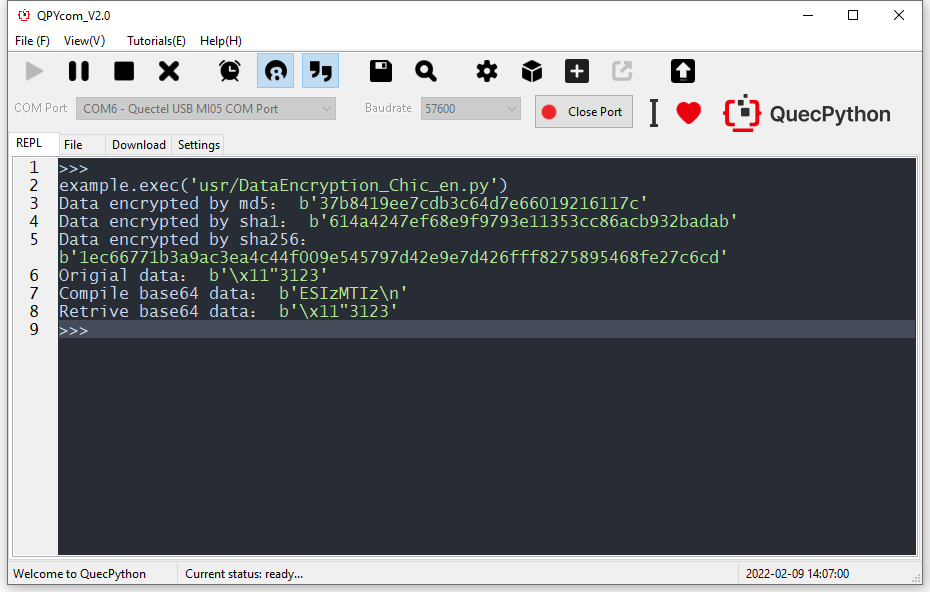 For more info, please refer to the official website

For related tools, routines, drivers and files, please download via address as described below.