I have not found any related document to the manufacturer’s part numbers correlated to the module “names”.
On Mouser I have found the following BC66 modules: 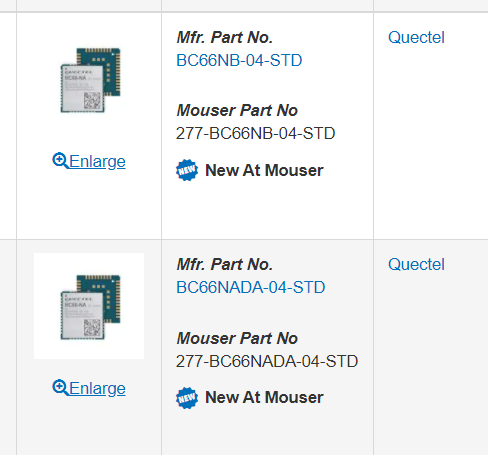 Your understanding is correct. In the future, the focus will be on the BC66NADA-04-STD model. Other models will not update the firmware without special requirements.

Actually, the history is a bit more confusing: