BC95-G: Payload not included in CoAP message sent with AT+QCOAPSEND

I like to send a simple CoAP message to a CoAP server, but the BC95-G module apparently does not transmit the payload part of the CoAP message.

To test, I set up a simple UDP server that does nothing but let the client (the BC95-G) module connect via UDP and puts out the bytes received.

I let the module auto-connect to the network, there is no issue with that. Everything is okay, module is connected in “roaming” mode.

So for me everything seems to be alright, up to the fact that on the server side I receive the following:

There is a nice page how to interpret these bytes at https://developers.wia.io/release/apis/coap-packet-structure

I would expect the following:

with ff being the “payload marker” and 0102 being the payload.

The question is, why isn’t the payload added to the CoAP message although obviously all steps, including entering the payload after the prompt was successful.

hi Wklenk
Owing to the firmware you used is too old, it have a little bug, and new firmware already fixed, so please upgrade it to leastest frimware to have a try.The following link is the firmware package:
https://cnquectel-my.sharepoint.com/:u:/g/personal/ae-fae_quectel_com/EXnbxG2DidhDvBzTDIWWXSMBH8Vuic_3jyeBUkhAJYIj3w?e=0TiRvD
This link is the upgrade tool, please click and download it. And the usegide already included in this package, please check it.
https://cnquectel-my.sharepoint.com/:u:/g/personal/ae-fae_quectel_com/ETEdaILOXUpPq0LbcxE59h8B4C1uQtZSuS1wm9YmZGNbVg?e=hY7NFL

Thanks, I managed to get the firmware update done, though it wasn’t straightforward.

I wrote a short blog post to help others: 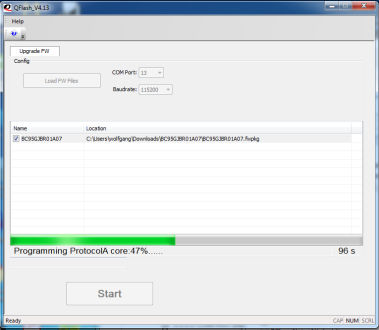 Quectel BC95-G: How to update firmware

Playing around with the built-in CoAP protocol stack in the Quectel BC95-G module I found out that I need to update the firmware, because it was not possible to me to include the payload in a CoAP …

Hi Wklenk
I saw that the module model on your blog is BC95B5HB, and you told me that your device is BC95GJB?
These two modules are not the same platform, firmware version can not be cross-upgraded. 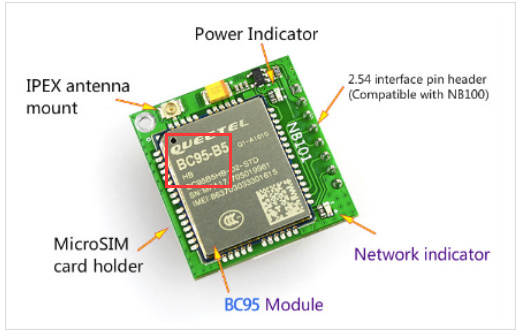 That’s just a picture copied and pasted from aliexpress, but you are right … it does not show a BC95-G.

The release notes of this new release A07 state that there were some enhancements in the firmware,
e.g.

Where can I get up-to-date documentation?

Hi Wklenk
The attachment is the latest AT Commands Manual：
https://cnquectel-my.sharepoint.com/:b:/g/personal/ae-fae_quectel_com/EWcS60sQzIdEmZDm7btRK2EBR0psgFGN4bk-vuyRWXxcXA?e=aBO9ie